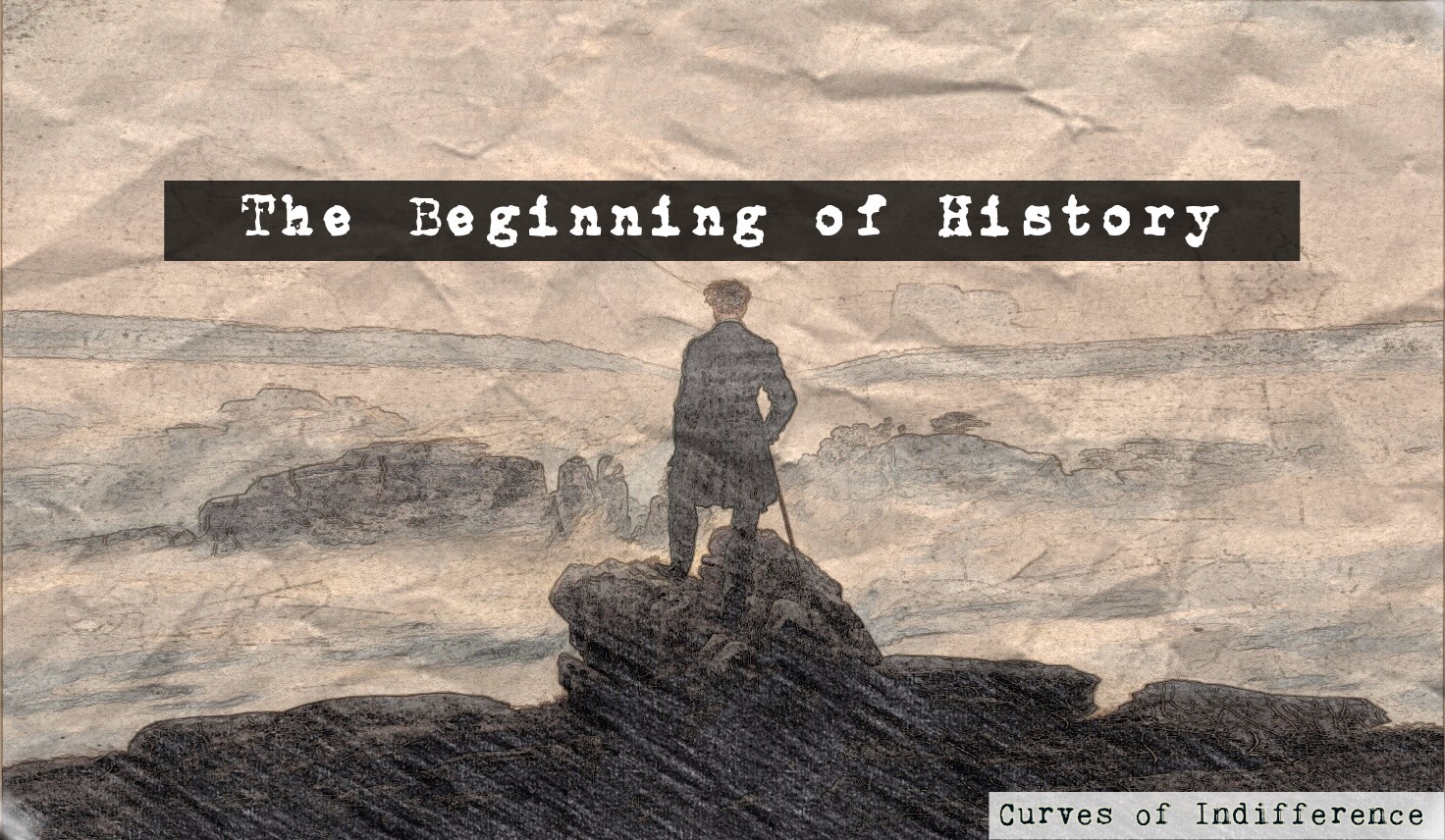 The Beginning of History

We all are currently in the middle of key historical events that will be analysed for generations to come. It is unlikely that this analysis will accurately reflect our experience of these events.

At times of key importance, I often find that the world can take the form of literature. Should someone (famous or otherwise) die, my mind highlights all the conversations I have had about that person recently, and find that these all alluded heavily to that persons passing. Perhaps I had taken an interest in a new hobby, and this hobby again would almost certainly be a metaphor for death. If I were reading a summary of these events, without any knowledge of what was to come, it would be obvious to me that this person was not long for this world. The author had signposted it without any subtlety whatsoever.

On the night of 23 June 2016, I went to bed, and just before I had drifted off to deep sleep, I was awoken suddenly by the crash of thunder. What followed was the most violent thunderstorm I have ever experienced. The rain and wind raged against my windows like it was the end of days. The boom of thunder sent vibrations right through to the objects on my shelves. The lightening lit up my apartment like it was the middle of a summer’s day. After a while, I got used to it, and finally did drift off to sleep. When I woke up, the world had changed completely.

On Tuesday 8th and Wednesday 9th of November 2016, temperatures here in Hamburg had plummeted to unseasonably cold levels, and on both of these days the city was covered in a layer of snow that would be more suitable in late January. Winter came early, just as autumn had gained momentum. During this time of the early winter, events unfolded that have stunned the world into a collective depression that has not been seen in my lifetime.

If I was making a movie, or writing a book, about what I was doing during the time of the Brexit decision and the US election, I probably wouldn’t include those weather elements in there, as they are quite heavy-handed. They are a bit obvious, and their lack of subtlety does not respect the audience enough to make up their own minds about what they should be feeling about the unfolding of these events. The fact remains however, that of these two world-changing events that we have all experienced this year, both of them were foreshadowed (in really amateurish fashion) to me through the metaphor of extreme weather. 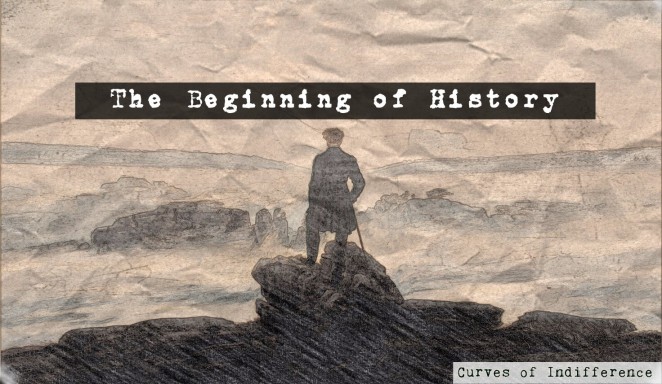 I am the very definition of the elitist, ivory tower-dwelling, liberal idealist that was completely taken by surprise by both the UK’s decision to leave the European Union, and the electing of Donald Trump as president of the United States of America. I understood the issues at hand, and I respected that there were legitimate concerns by the supporters of these two decisions that drove them to desperate measures, but my highly condescending and elitist view was that the angry, poor masses would come to their senses, see that they had given us a big fright, and finally do the right thing and listen to us smart, educated people on election day.

I went to bed on June 23rd and November 8th fully in the belief that my worldview would be upheld. It wasn’t, and I was stunned into disbelief when I awoke from both of these smug, elitist sleeps. Everyone was stunned, and immediately began searching for explanations. From my experience on the days of June 24th and November 9th 2016, I saw that what was unbelievable in the morning, can become obvious by the afternoon. Brexit and UKIP had empowered the forgotten parts of the UK outside London (and Scotland and Northern Ireland), while Donald Trump had (in association with Wikileaks) led a grassroots movement to end the capture of US democracy by the Clinton and Bush dynasties. The world was shocked by the Brexit result, but almost six months later we now see it as an inevitable conclusion to years and years of the British government neglecting their working class. We are still normalising ourselves to the idea of President Trump, but it will not be long until we see it absolutely ludicrous to think that Hillary could have beaten him in the election.

Except, when I went to bed on the nights that the votes in both of those polls were being counted, no one thought it was obvious at all. On June 23rd, I actually went to bed after Nigel Farage had conceded defeat in the referendum. I went to bed after seeing the most vocal Brexiteer admit that they had lost. The next time I saw him, he was smiling like the Chesire Cat and proclaiming that he always knew that Brexit would succeed. Over in the US, Donald Trump in the weeks (and hours) before the election was seen to have a 20% chance of winning. His campaign rhetoric had switched to issuing pre-emptive excuses for his defeat: conspiracies, lying women, voter fraud. It is widely known in US media that he planned to devote his time to his new TV network after the election. Even when he took to the stage on the morning of November 9th to deliver the body blow of news that he had officially won the US presidency, his victory speech was followed by the immediate musical cue of You Can’t Always Get What You Want, by the Rolling Stones. This is not a victory song, by any event of the imagination, and felt very out of place given the circumstances. I truly believe that this song was cued by the organisers of this election night party to follow his concession speech to his supporters. They were so shocked by the result that they forgot to change the playlist.

Hindsight is a marvelous thing. While the world is a dynamic, constantly changing flow of information, major events act as a pause button and allow the static, isolated analysis of a single event in time, concentrating solely on the event and what went before. That not even the central figures in both of these historical events we experienced this year had any idea until very late in the ballot counting process that they would spark major world events must surely make us ask questions about how history is constructed. Your children and grandchildren will read about both of these events, and will be able to explain to you in one sentence what the whole contemporary world did not realise until the event had already happened. They will tell you about the inevitable backlash of downtrodden working class Americans raging against globalisation. You will have forgotten by then that Donald Trump didn’t even believe that until he won Florida.

The thing about history is that it must be a narrative. It must be a linear story of how we got from Situation A to Situation B. You are living through a major period in history right now, and do you really think that it is a simple, linear story? Studying history in high school (I don’t call it high school, but I have a lot of foreign readers, so let it go, Irish people!), what intrigued me most was how underplayed the First World War was, compared to the Second. I am well aware of the reason for this, as the answer to what caused the First World War is a ten page essay, while the causes of the Second can be described in one surname. The origins of the First World War are complex, while its sequel was about good versus evil.

Future generations will have to study a chapter of a history book that gets from the end of the Cold War (also an absolute shock to everyone in 1989, but obvious to us now), through the War on Terror, via the Financial Crisis and make it all lead up to a swing to the political right in the world’s richest countries. It will take up maybe five pages of a history book, and it will make sense. It will make as much sense to them as Germany’s mistreatment at the Treaty of Versailles and subsequent currency inflation during the Great Depression leading to the Third Reich completely explained the rise of Nazism to us history students over the years. I doubt those people in 1930’s Germany saw it that way, but it is too late now, and their story has been explained.

In the modern world, history isn’t written by the winners, it’s written by those who can explain complex and unpredictable events in a simple way. A story has to be created to explain how and why something happened. There are no surprises when reading a history book, there are no twists. Everything is foreshadowed, and the conclusion is obvious, pages before the major events. Everything is connected, and leading inevitably to its conclusion. In doing this, a lot of information has to be jettisoned, and the information that is used to explain major events must be carefully selected. Analysis through hindsight clears away everything that does not directly rationalise an event, and leaves you with a clear, straight path from “Yes We Can!” to “Make America Great Again!”

In this way, the construction of history is not unlike the construction of a conspiracy theory. Both are vastly subjective and oversimplified explanations of complex forces, and both use extreme prejudice in selecting only evidence that support its claim. The writing of history is in itself an art form, making sense from isolated key events and attempting to explain them as if the world was just one big linear narrative. In the decades to come that I will be talking about these events in 2016, I will try to remember how shocked I was, how shocked everyone was, when they occured. I will also include the hackneyed scene-setting device of the thunder and snow. It just makes for a better story.

What does this rant say to you? Cancel reply